Directions: In which an­swer figure is the question figure embedded ? 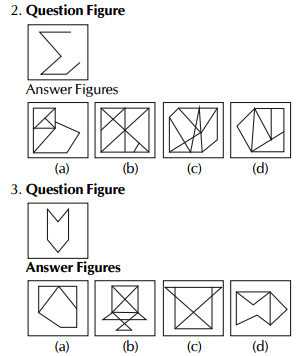 Directions : A conclusion followed by statements I, II and III is given. Which one of the four alternatives is correct ?

4. Conclusion: Many drug addicts were arrested

Statements:
I. Taking drugs is a crime.
II. One who commits a crime can be arrested
III. Many people take drugs regularly.

(a) All the 3 statements taken together brings to the conclusion.
(b) Only I and lI statements bring to the

Directions : A statement followed by two assumptions I and II is given. Which one of the four given alternatives is correct ?

5. Statement:
One should not sleep under a tree.

Assumptions:
I. The falling leaves may spoil our clothes.
II. Trees give out CO2 at night which is injurious to health.

Directions : A question is followed by two statements I and II. Which one of the four given alternatives is correct ?

7. Which of the following Venn Diagram gives the relationship between Friend, Guide and Philospher? 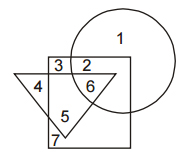 9. Among the four answer figures which one can be formed from the cut out pieces given below?

10. Choose the correct image of the figure when seen in water from the responses given below 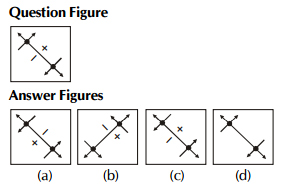 11. A circular paper is folded and punched as shown below. How will it appear when opended? 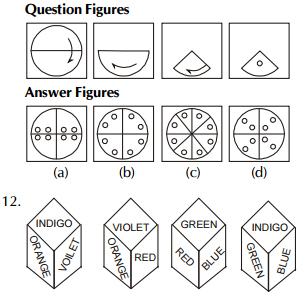 Direction: Find the missing number from the given responses in each of the following questions?

Direction: A paper is folded as shown in the given figures and a hole is a made. When opended how will it appear. Choose from the given responses. 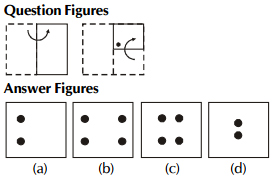 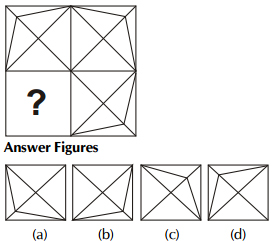 Direction: From the given alternatives,find the word which cannot be formed from the letters used in the given word.

Direction: Find the related word/letters/numbers to complete the Analogy. 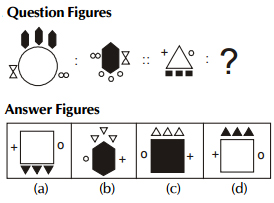 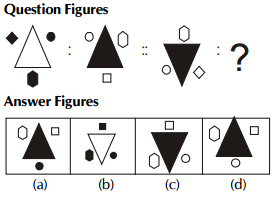