Q1. Which option represents the correct order of the given words as they would appear in English dictionary?

Q2. In a code language, 'SERVICE' is written as 'RESVECI'. How will ‘NAUGHTY’ be written as in that language?

Q3. Three different positions of the same dice are shown, the six faces of which are shown in dots numbered 1 to 6. How many dots will be on the face opposite the face showing’ 3 dots’ ?

Q5. In a code language, 'SURGE' is written as 'GITWU'. How will ‘LIGHT’ be written as in that language?

Statements:
Some bulbs are tube lights.
No tubelight is switch.
No bulb is watch.

Q9. Select the option in which figure is embedded. (Rotation is not allowed) 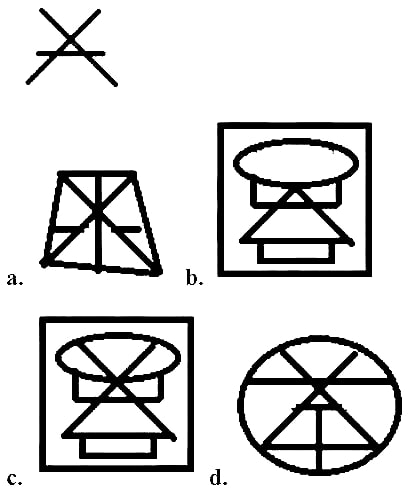 Q10. Select the combination of letters that when sequentially placed in the gaps of the given letter series will complete the series.
K _ C T _ B L U C _ M _ M _ C _ M B

Q12. Select the correct mirror image of the given letter-number cluster when the mirror is placed at line ‘AB’ as shown below . 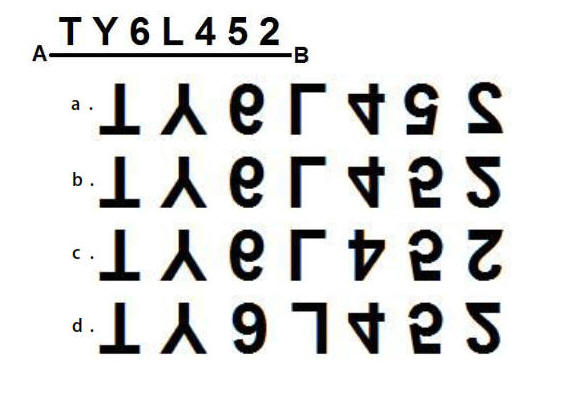 Q14. Select the correct alternative to indicate the arrangement of the following words in a logical and meaningful order.

Q16. Which of the option figure will replace the question mark (?) to continue the figure series given below ? 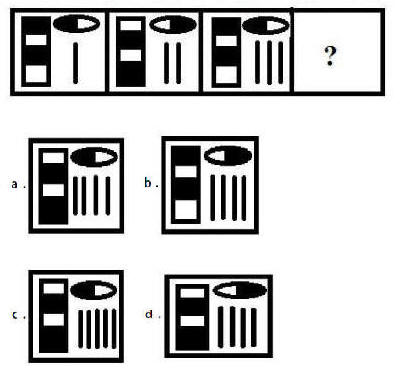 Q18. Which letter cluster will replace the question mark (?) to complete the given series?
CEG, LNP, UWY, DFH, ?

Q19. In a code language, 'PERTURB' is written as 'UTRRPEB'. How will ‘FREEZER’ be written as in that language?

Q24. Select the combination of letters that when sequentially placed in the gaps of the given letter series will complete the series.
T _ C _ _ H _ Q T _ C Q