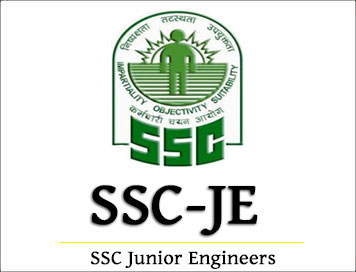 1. Result of Junior Engineers (Civil, Mechanical, Electrical, Quantity Surveying and Contract) Examination, 2016 – Paper-I was declared on 05.06.2017 for calling candidates for appearing in Paper II. Thereafter,
Paper-II of the said examination was held on 30.07.2017 at various centers.

2. On the basis of cut-off fixed by the Commission, following are the details of the candidates qualifying for Document Verification:

*Number of UR candidates shown above includes, 597 OBC, 86 SC and 102 ST candidates, meeting the cut-off fixed for UR category.

*Number of UR candidates shown above includes 294 OBC, 36 SC, 17 ST candidates, meeting the cut-off fixed for UR category.

i) Revised options may be submitted by the candidates during the document verification, if they desire as per the qualifications possessed by them and specific requirements of the different posts, which will be final. If options are not revised, the option submitted in the applications will be accepted as final.

4. The lists herein are provisional. The candidates whose Roll numbers figure in the lists would be called for Document Verification subject to their fulfilling all the eligibility conditions/requirements as prescribed for the respective posts in the ‘Notice’ of Examination and also subject to thorough verification of their identity with reference to their photographs, signatures, handwritings, preference, etc., on the application forms, admission certificates, etc. If, on verification, it is found that any candidate does not fulfill any of the eligibility conditions, he/she will not be considered for final result.

5. The category of the candidates has been indicated along with their Roll Numbers. If any candidate finds a mismatch between his/her Name, Roll Number and Category, he/she must bring it to the notice of the respective Regional Office of the Commission immediately.

6. Details of the result of the candidates will be uploaded shortly.