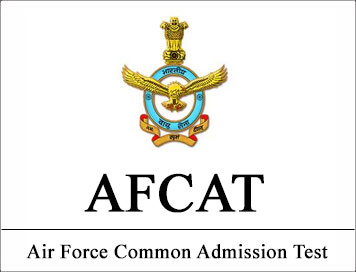 2. One mark will be deducted for every wrong answer.

3. Do not write or mark on the Question Paper.

4. Question Paper to be returned before leaving the Exam Hall.

Read the following passage carefully and answer the questions given below it.

We stand poised precariously and challengingly on the razor’s edge of destiny. We are now at the mercy of atom bombs and the like which would destroy us completely if we fail to control them wisely. And wisdom in this crisis means sensitiveness to the basic values of life; it means a vivid realization that we are literally living in one world where we must either swim together or sink together. We cannot afford to tamper with man’s single minded loyalty to peace and international understanding. Anyone, who does it is a traitor not only to man’s past and present, but also to his future, because he is mort gaging the destiny of unborn generations.

Q1. From the tone and style of the passage it appears that the writer is-

(a) a prose writer with a fascination for images and metaphors.

(b) a humanist with a clear foresight.

(c) a traitor who wishes to mortgage the destiny of future generations.

Q2. The best way to escape complete annihilation in an atomic war is to-

(a) work for international understanding and harmony.

(a) enigma that cuts through the pattern of life like the edge of a razor.

(b) critical situation that foreordains the future.

(c) sharp line of division that marks the alternative courses of action in the future.

Q4. According to the writer, ‘wisdom’ on the razor’s edge of destiny means:

(a) awareness that we stand poised precariously on the razor’s edge of destiny.

(b) determination to ban nuclear weapons.

(c) responsibility to the ‘unborn generations’.

(d) awareness of the basic values of life.

Q5. The author is concerned about the threat of nuclear weapons because he feels that-

(a) a nuclear war will destroy human civilization.

(b) all countries are interlinked and one cannot escape the consequences of what happens to another country.

(c) the world is on the brink of disaster.

(d) his country is threatened by a nuclear war.

In each of the following questions, find out which part of the sentence has an error. If there is no mistake, the answer is (d) “No error”.

Pick out the most effective word from the given words to fill in the blank to make the sentence meaningfully complete.

Q13. The children ______ crackers to celebrate the victory of their team.

Q15. I hope you must have _____ by now that failures are the stepping stones to success.

In each of the following choose the word most similar in meaning to the word given in capitals.

Pick out the word that is most nearly the opposite in meaning to the word given in capitals.

Q22. The First Battle of Panipat was fought between-

(b) Babur and Ibrahim Lodhi

Q23. Fa-hien visited India during the reign of-

Q24. Gandhiji’s first experience with Satyagraha came up in-

Q25. During whose tenure as the viceroy of India were the great Martyrs Bhagat Singh, Sukhdev and Rajguru hanged?

Q26. The winner of the highest number of gold medals in an Olympic game is-

Q27. ‘Agha Khan Cup’ is associated with the game of-

Q28. Usain Bolt, the 100 meters race world record holder, is from which country?

Q29. Only two cricket players have taken 10 wickets in an innings. One is Anil Kumble. The other is-

Q30. ‘Borlaug Award’ is given every year to an Indian scientist for outstanding contribution in the field of-

Q31. The highest Indian gallantry award which could be given in peace time is-

Q32. The most successful Satellite Launch Vehicle of Indian Space Programme to launch commercial satellites is known as-

Q33. Which one of the following soils is most suitable for cotton cultivation-

Q34. The name of indigenously built Light Combat Aircraft is-

Q35. The boundary between China and India is known as-

Q36. Equinox means two days in a year when day and night are almost equal. If March 21 is an equinox which is the next?

Q37. UNHCR, an organisation of United Nations, was established to provide/promote-

(b) Health and Culture

Q38. Who authored the book ‘Train to Pakistan’?

Q40. The famous classical dance form of Andhra Pradesh is-

Go Back To Main Page