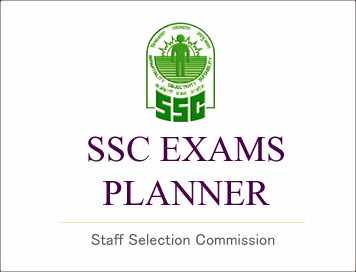 In order to bring more transparency in the Examination process and minimize the scope of human interference during the conduct of Examination, the Commission has proposed to the Government to allow it to conduct its Examinations in the Computer Based Mode (CBM). The proposal is under consideration with Government.

2. On-line Receipt of Applications of candidates for Selection Posts

During the year 2014-15, the Commission conducted examination for over 177 lakh candidates, which was a formidable task. A sound Question Bank is an essential pre-requisite for the smooth conduct of examinations of such magnitude. The Commission therefore conducts Question Bank Workshops from time to time to replenish its stock of questions in the Question Bank.

With a view to bring about uniformity in the administration of skill test for stenography, the Commission proposes to introduce audio-recorded stenography passages for Stenography skill tests. This modality would also considerably reduce the cost of conduct of Stenography Test.

5. Standardization of Notice for Selection Posts

The Commission has decided to publish a Standardized Notice for Selection Posts after finalisation of the modalities relating to the revised procedure for recruitment of Selection Posts.

6. Pasting of post-card size recent Photograph of the Candidate on the candidate’s copy of Admit Card to be attested by PST/PET Board for Constables (GD) Examination

It was decided that a recent post-card size photograph of the Candidate, duly attested by the PST/PET Board of CAPFs, may be affixed on the candidate’s copy of the Admit Cards for Constable (GD) recruitment, and that the production of which may be made compulsory in the written exam, for verification of the identity of the candidates, so as to reduce the chances of impersonation.

7. Conduct of Examination in respect of VH & Cerebral Palsy candidates at the Centre opted by them

The Commission has issued guidelines to identify examination venues wherein seating arrangements for PwD candidates is made on the ground floor so that they are not inconvenienced in any way. Visually Handicapped / Cerebral Palsy candidates seeking help of Scribes are allotted in specific venue and help of Scribes is accorded to them as per the norms. Compensatory time of 20 minutes per hour is also provided to such candidates.

8. Rejection of multiple applications by NIC before handing over data to RDs.

The present practice of splitting the candidates’ application database, manually, into many discrete files and sending it to concerned Regions through email or CD, has a risk factor in resulting in data disparity / errors which is required to be discontinued at the earliest. A suitable software application for auto-rejection of multiple applications, made by a single candidate at the initial stage itself developed by Technical Director (NIC) in consultation with Director (EDP) has been introduced from the forthcoming CGLE Examination, 2016 to effectively curb multiple applications.

9. Provision to obtain the AADHAR Card No. in the Application Form by the candidates

The provision to obtain the AADHAR Card No. (on optional basis), along with the Permanent Address of the applicant in the Application Form has been made in the Examination Notice and Application Form of SI in CPOs Exam, 2016 and it has also been included in CGLE, 2016. It has been decided that provision of obtaining AADHAR Card No. from candidates may be continued in future examinations.