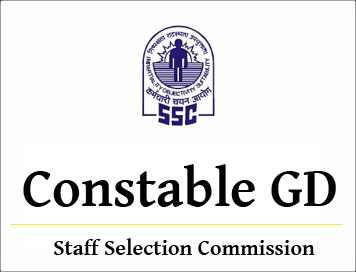 An open competitive written examination for recruitment to the posts of Constable (GD) in CAPFs, NIA & SSF and Rifleman (GD) in Assam Rifles for the year 2015 was held on 04 10-2015 and Re-examination was held on 22-11-2015 for certain candidates who qualified in PET/PST at different centres across the country. In the above Examination total 11,65,942 candidates (both male & female) had actually appeared. The result of the Written Examination was declared by the Commission on 14-03-2016 and 07-04-2016 declaring 1,44, 802 candidates (Male 1,29,617 and Female 15,185) qualified for undergoing the Detailed Medical Examination.

2. On the basis of the Written Examination and the Detailed Medical Examination, the Commission had declared the two merit lists of the finally selected 51,678 male and 5,336 female candidates on 02-02-2017 for appointment to the post of Constable (GD) in CAPFs, NIA & SSF and Rifleman (GD) in Assam Rifles. These merit lists were prepared as per All India vacancies/ State wise vacancies (with further reservation for candidates of Border Districts/ Naxal or Militancy affected districts within the State). Force allocation in that regard was done by the CRPF and it was published through its website by the CRPF on 06-02-2017.

3. It was, however, brought to the notice of the Commission that some candidates belonging to the border & naxal areas could not fill their codes due to some technical error and hence data of 251 candidates was sent again to CRPF for conducting DME/RME.

4. The CRPF has sent the following data:-

5. Out of above 1120+181 medically fit candidates, following number of candidates have qualified:-

6. The Tie cases have been resolved adopting the criteria mentioned below:

(c) If the tie still persists, the candidate older in age gets preference.