Q2. Select the option in which the words share the same relationship as that shared by the given pair of words.
Blunder : Error

Q3. Select the figure that can replace the question mark (?) in the following series. 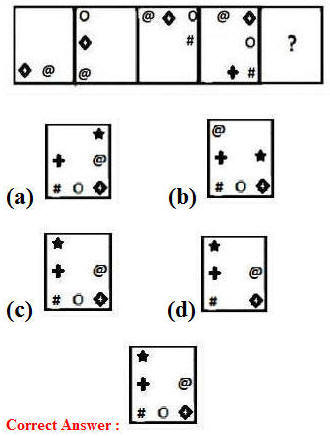 Q5. There is a family of five members: K, L, M, N and O. Among them, there is one married couple. O is unmarried and is the brother of K. N is the sister of O. M is the only married female and the mother of N. L and O are the only males in the group.
Who is the father of K?

Q6. Select is a letter-cluster that can replace the question mark (?) in the following series.
aYd, fTi, kOn, pJs, ?

Q7. Four letter-clusters have been given. out of which three are alike in some manner, while one is different, Select the odd letter-cluster.

Q8. Arrange the following in a logical sequence from small to big.

Q9. Four words have been given, out of which three are alike in some manner, while one is different. Select the odd word.

Q10. If each letter of the English alphabet is assigned an odd numerical value in increasing order, such as A = 1, B = 3 and so on, then what will be the code of HONEY?

1. All parakeets are cuckoos.
2. All cuckoos are rabbits.
3. All rabbits are snakes.

I. All parakeets are snakes.
II. All snakes are cuckoos.
III. All rabbits are parakeets.
IV. All cuckoos are snakes.

Q13. Study the given pattern carefully and select the number that can replace the question mark (?) in it.

Q14. How many triangles are present in the given figure?

Q15. Which of the option figures is the exact mirror of the given figure when the mirror is held at the right side? 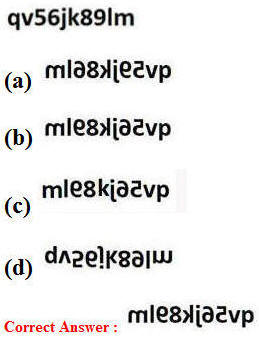 Q16. Select the set of letters that when sequentially placed in the blanks of the given letter series will complete the series.
f_hg_fh_gf_hg_fh_g

How many female students play both table tennis and badminton?

Q21. The sequence of folding a piece of paper and the manner in which the foded paper has been cut is shown in the following figures, How would this paper look when unfolded? 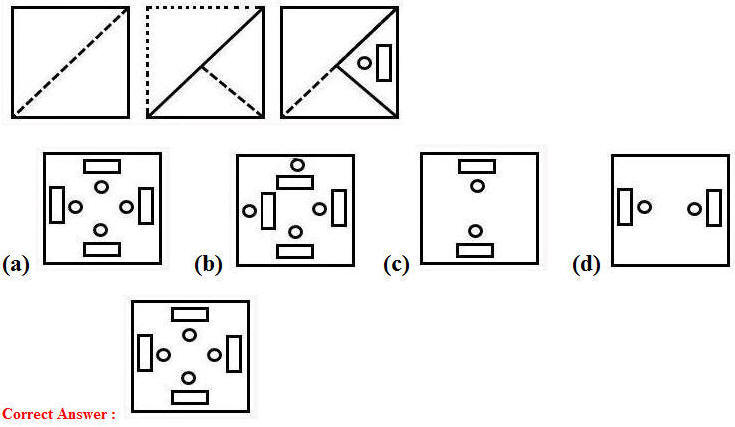 Q23. Four positions of the same dice are shown. Select the number that will be on the face opposite to the one showing '3'.

Q24. Select the option figure in which the given figure is embedded (rotation is NOT allowed). 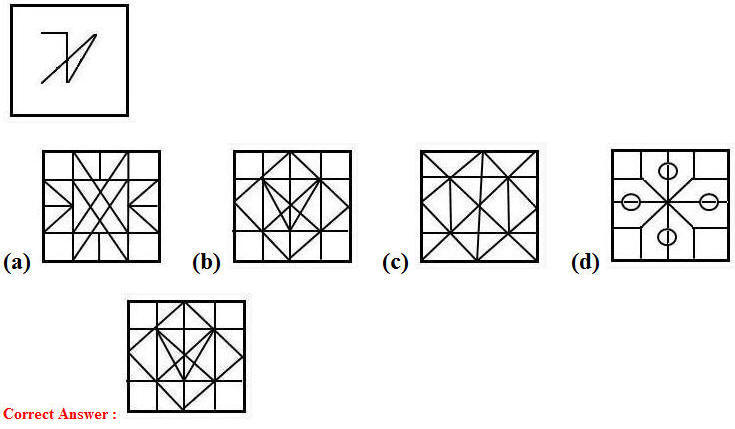