SSCPORTAL is committed towards furthering the SSC aspirants towards success. In this regard, it is important to provide you a platform for testing and evaluating your preparations, through a series of comprehensive 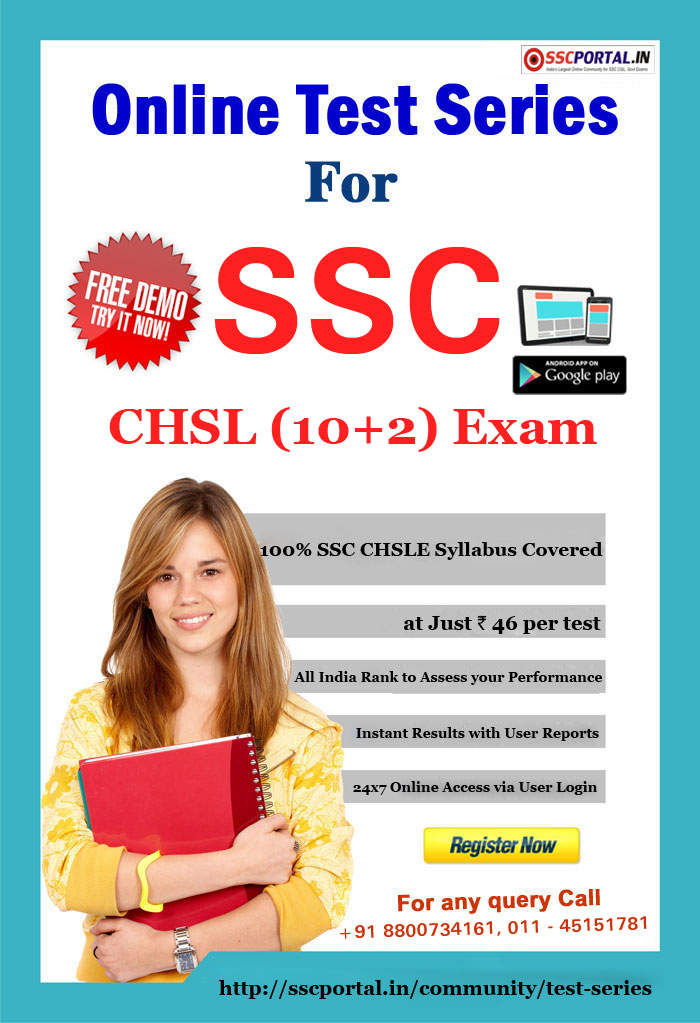 tests. Therefore, the Online Test Series, has been prepared from the point of view of SSC CHSL examination.

The plan is to test the candidate through a number of mock examinations, online. Given the busy schedule of the candidates, and the time limitations of our busy life, the test series give you an opportunity to take the SSC CHSL (10+2) tests, by your convenience. Through it, you would be able to take the comprehensive tests any day and anytime.

Though a number of other institutions have been conducting similar tests, what distinguishes the SSCPORTAL from others is, the respect for the aspirant's interest. We understand the concern of a candidate. Thus, we have set the whole online test series at a very nominal price, with great flexibility in the number of tests that a candidate wants to take.

An added benefit is the instant evaluation to the questions asked in the tests. This is a golden opportunity, which no serious aspirant should miss.

Structure of the Tests:

You can give tests any time during your registration limit (6 months), and you will get detailed reports after the completion of any test. You will be provided All India Ranking immediately after the test .

Details of the Test Series & Price:

Packages and Price for Test Series :